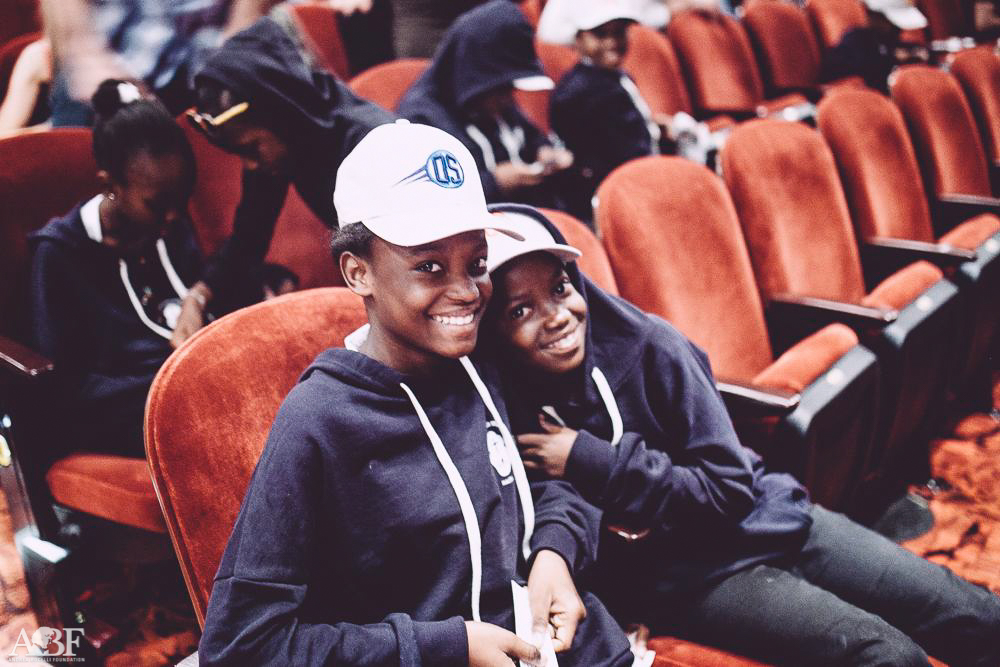 Taking care of others and as a consequence making a difference in their lives. The will to take care of people, or lack thereof, divides the world into two kinds of people: those who are against this unbalance and try to understand what to do for others, and those who do not. This was the essence of the homely of Father Rick Frechette, the unstoppable form of inspiration for all, particularly ABF. In an interview two days ago, Andrea Bocelli himself defined him as a ‘modern day hero’. Sunday morning, in the front rows of the Church of the Blessed Sacrament, sat the 35 members of our choir their blue and red togas immersing the church in colour. They are followed by Andrea, Veronica and hundreds of other worshippers. The weekend of the Voices of Haiti was dedicated to resting and the exploration of New York. Yesterday, the choir toured the ‘centre of the world’ … otherwise known as Times Square, the exuberant Little Italy and finally Broadway, where our young singers got the chance to experience the unforgetta ble Lion King. The news of the attack in Manhattan reached (and shocked) us when we were still in the theatre. Luckily, the updates were not too as tragic as we initially feared. The city’s precautions and worked were as such that we managed to reach the hotel with no further delays or problems. The next day, after the Holy Mass, which showcased Andrea and the choir, and after breakfast in the sacristy, other memorable experiences awaited our young musicians. Thanks to another generous gift by Bob Book, the entire groups was invited on a boat ride to see the Statue of Liberty, and later to visit the ‘Top of the Rock ‘ with its incredible view. Father Rick spoke clearly during his homely, he is after all very much used to talking about the essence of things. Father Rick is both a doctor and a priest, who for over 25 years has had an unmoving will to celebrate and defend life, both in the church and in the operating room. From the Altar of the church in the Upper West Side of Manhattan, a strong moral appeal is given, calling for everyone to do his or her part. Calling from the words of the Gospel, citing that who does good in little things, will do good also in big things. He speaks of a lot of people of good will, including Andrea and Veronica, who have taken to heart the future of the Haitian peninsula, and how little things have progressively grown. They have grown so much that they have performed for the United Nations, at Lincoln Center, Radio City Music Hall, Cipriani… And tomorrow for the ‘Clinton Global Initiative’. Father Rick recalled one of the many stories that have crossed his path. He spoke of a Haitian family, hurt by many problems regarding health and livelihood, but how their live had been changed and flipped around just because there was someone who cared. Father Rick explains that we have to first see how we can help people before we can take action, the children in our choir also come from difficult situations. However change thought ABF and the Fondation St Luc is possible and within five grasp, and it can make a great difference in the lives of many children. The slums of Port au Prince and galas attended by royalty would seem far too different worlds to have a connecting link. Because where there is a will (to take care of others), there is a way!