The talented young Haitian children – the stars of the music project created by the Andrea Bocelli Foundation and the Foundation St Luc Haiti – will sing alongside Maestro Bocelli on the famous Madison Square Garden’s stage on December 12th and 13th.

The Christmas that awaits the “Voices of Haiti” choristers in New York will be a special one. A year has passed since their last trip outside their country and during this time they have continued to work hard and with discipline. Every Saturday they met in the rehearsal room and shared their new goals and little exciting results. Such as their participation on the new CD, “Sì”, from ABF founder, Maestro Bocelli, which was released on October 26th 2018 and features the “Voices of Haiti”. This was a participation that came from the desire of Maestro Bocelli and ABF to give a voice and opportunities to these young singers as a full expression of the Mission of the Foundation: Empowering people and communities.

“Voices of Haiti”, conducted by Maestro Malcolm J. Merriweather, already have a few important international performances behind them, from the United Nations to the Teatro del Silenzio, and from the Lincoln Center Global Exchange to the general audience with Pope Francis.

The choir is composed of 60 Haitian children aged between 9 and 15 years coming from the most vulnerable areas of Port au Prince. Many of them live in the Cité Soleil, the biggest slum of the capital. Thanks to music they have had the chance to get away from violence and poverty by working hard on their own potential. By working on one’s talent, creating opportunities for growth and education for individuals, extremely valuable opportunities are created for themselves, the group and the whole community.

The presence of the Caribbean children’s choir alongside Master Bocelli once again aims to draw international attention to Haiti and celebrate the strength of its colors and its people as part of a message of universal strength, that of music.

The young Haitians will be in New York for a week, for rehearsals and to take part in a few meetings with friends and supporters of ABF, to whom they will bring their experiences and vitality. Furthermore, they will be involved in a series of interdisciplinary initiatives with the aim of offering them a broad educational experience – on every trip – which includes gaining a deep understanding of the culture, customs and traditions of the country that is hosting the performances. 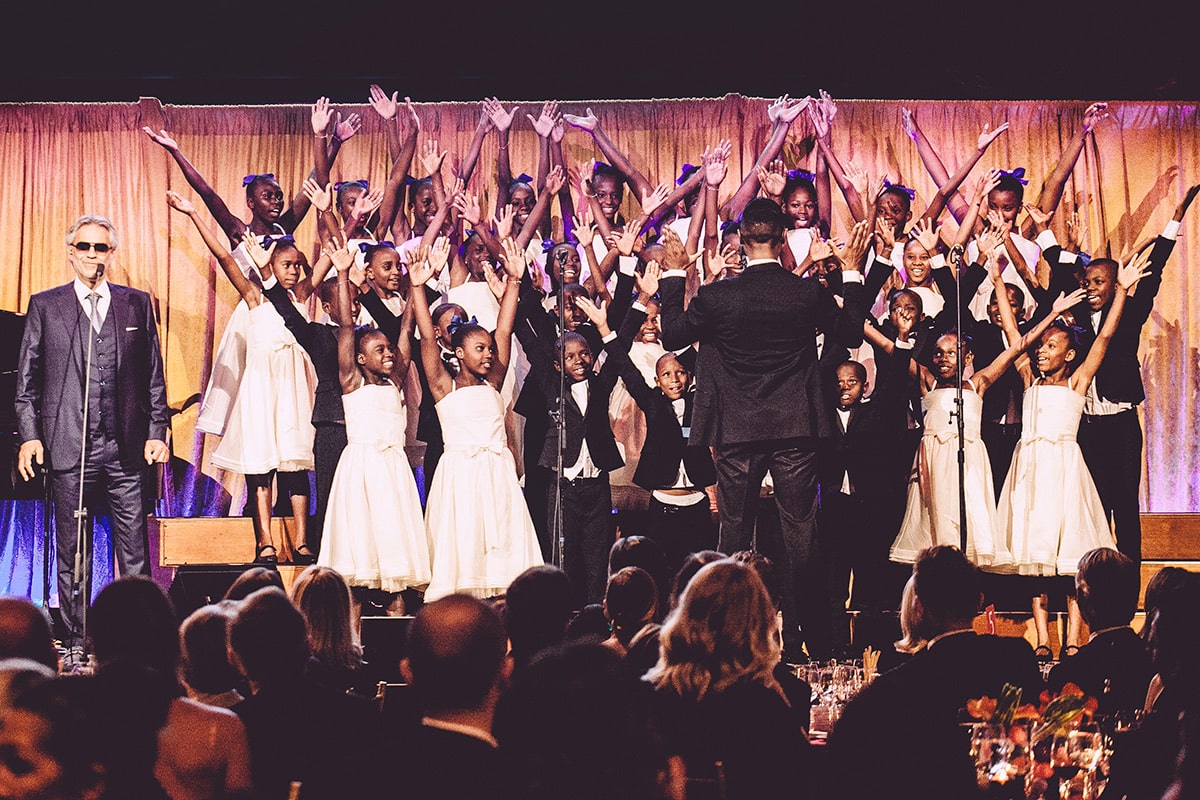